This area was last mowed around a month ago. Autumn rain has greened the orchard, and the trees with active truffle colonies are quite visible.

Oak trees are easier to clear, but a little late for this as it one had a rotten truffle on the left side of the trunk, with insects sheltering in the grass likely culprits. The tree was double trunked several years ago, and was converted to a single with gradual pruning for minimal impact on growth. 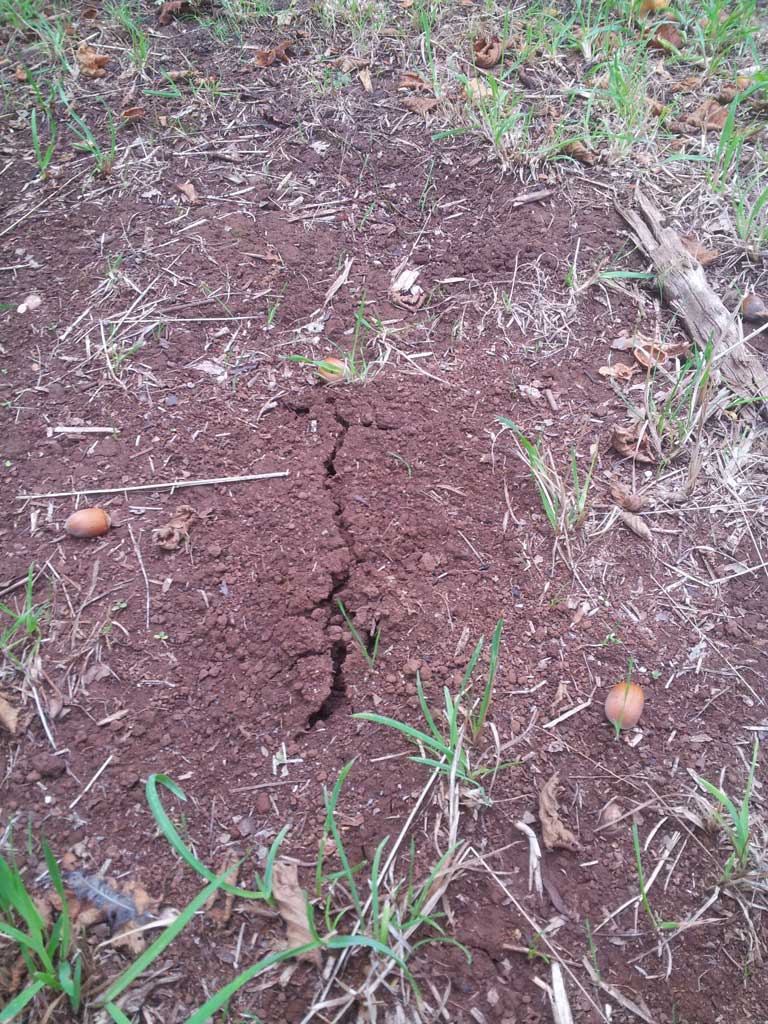 Although truffles first form in December, the first visible signs generally show in late February or Autumn.  These surface signs occur on the portion of the truffles that have either formed too close to the surface, or become so large a substantial amount of soil has been pushed toward the surface.

With access opened to the truffle via the cracks in the soil, these truffles are more susceptible to insect damage (Eg. slater & millipede in second pic above).  Regular searches for such signs, inspection and removal of rotten/damaged truffles, and covering the good ones is an important task at this time of year.  Rabbit’s that manage to get past the fencing are also attracted to the disturbed soil, and expose the truffles, sometimes learning to eat them too..

Along with other tasks, Autumn is now a full time job.  For every days work in harvest season, there’s around 5 days in supporting work such as this. 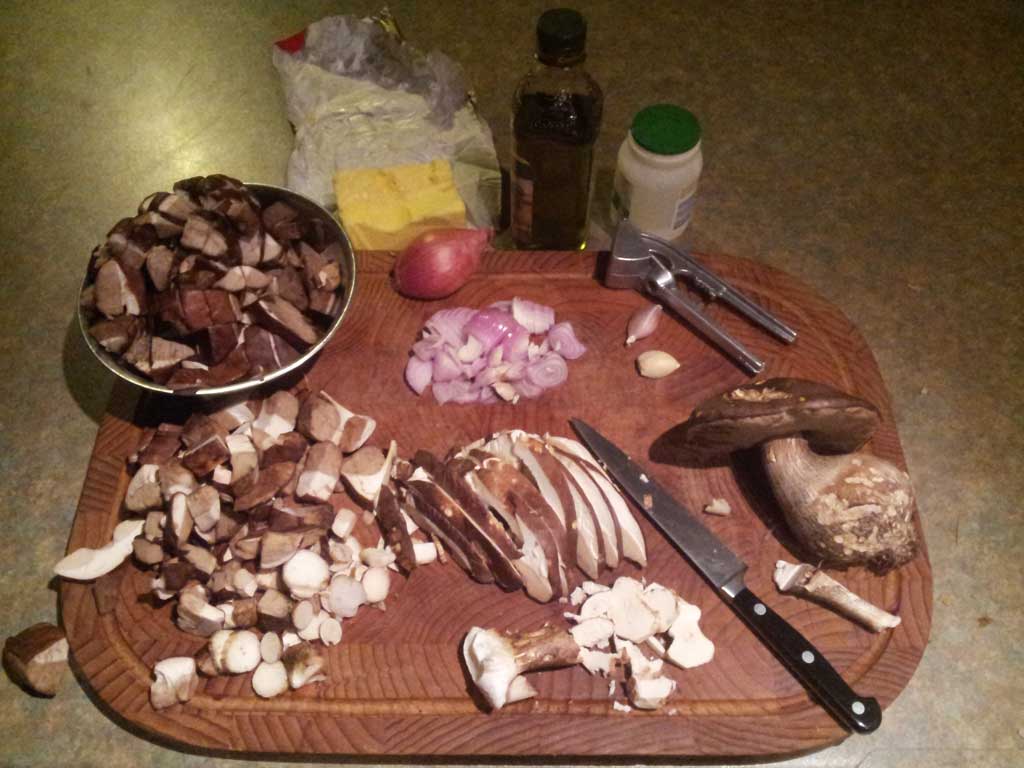 Simple recipe that works well, birch boletes have a beefy taste, and are described as “meat of the forest” in Russia

Not a truffle recipe, but they grow on our farm, and a combination of dried bolete’s in a truffle rissotto is eagerly anticipated.

Slice caps ~7mm thick,  soft stems crosswise, and set aside dry woody stems for use elsewhere in a stock base.

Heat oil in frying pan on low heat, add butter and melt together.  Increase the heat, and add shallot and garlic, fry for around a minute.  Add the boletes and cook with occasional stirring until most of the boletes have softened/changed colour. Add the cream and generous pinch of salt and stir lightly for a further minute until it visible changes to a sauced consistency.