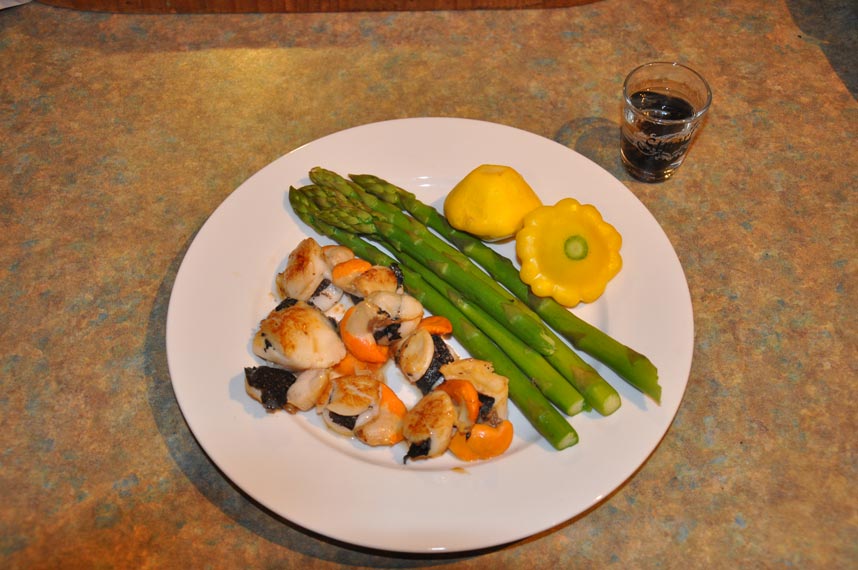 Tried a few dishes over past week or two.

(Edit Apr2012 -I’ve since read a suggestion to add olive oil to the top of the steak before lathering with truffle, so i’ll test again this season. Also it char-grilled rather than fried may not have helped either)

Note also, cooks privilege, trimmings from the truffle, in vodka shot takes about 10-20 minutes to get best flavour. (oops how did that full slice get in there)

It was a shame I forgot to buy some asparagus or green beans to include for a bit of colour Â contrast.

I’ve added another two trees to my list of producing ones today, bringing the total to 23/582 confirmed to have produced truffle.  Unfortunately both were rotten, with an interior grey color inside showing they never ripened at all.  END_OF_DOCUMENT_TOKEN_TO_BE_REPLACED